Dr. Nitin Garg is a consultant neurosurgeon in Bansal Hospital Bhopal. He completed his graduation(MBBS) from Government Medical College, Nagpur, and then went on to do his Master (MS) in General Surgery from Kasturba Medical College and Hospital, Manipal, Karnataka. He holds a super specialty degree(M.Ch.) in Neurosurgery from the National Institute of Mental Health and Neurosciences(NIMHANS), Bengaluru. Prior to practicing as a neurosurgeon in Bansal Hospital, he worked at Bhopal Memorial Hospital and Research Centre (BMHRC), where he was Assistant Professor from 2007 to 2014. He holds expertise in performing spine surgeries, and the state-of-the-art neurosurgery set up with facilities for advanced microscopic and minimally invasive spine surgery makes such surgeries easy and accessible to all. Dr. Garg thus is the most renowned spine surgeon in Madhya Pradesh. 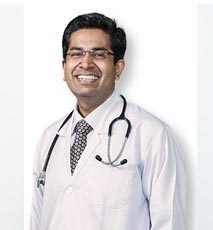 Conferences and workshops attended: As Faculty

Conferences and workshops attended: As Delegate